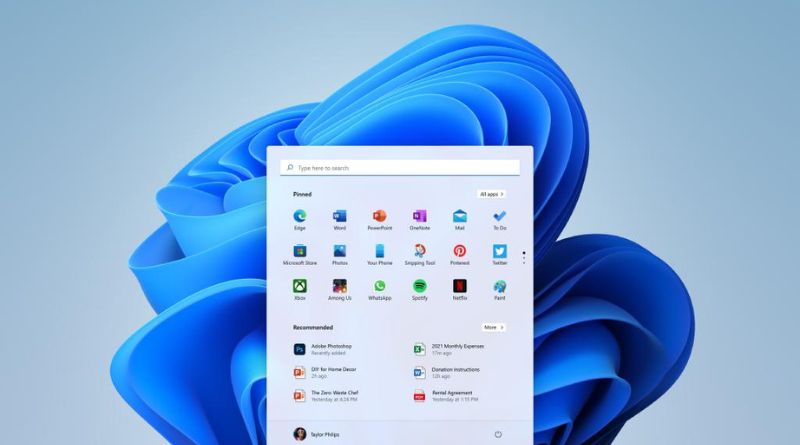 Windows 11 has been launched and has promised significant upgrades that couldn’t be launched in a simple Windows 10 update. Read on to learn about the pros and possible cons of this new OS to figure out if it’s time to upgrade your tech.

The taskbar, which was initially aligned with the start button to the left of the screen, is now a centralized dock. The tasks are more assessable and pop up at the bottom of your screen. This is a bonus for those using Windows 11 on a touch screen device. The centered taskbar looks great and is easy to use, especially for users switching from Mac. However, this is a personal preference, and if you don’t like to new look, you can simply pop them back where they were previously without any issue.

Widgets are back. The widgets in Windows 11 are homed in a large box on the left-hand side of the screen. It’s not groundbreaking but is certainly a nice touch, and enables you to have information such as news, financial forecasts, or the weather on your screen always, just aglance away. You can also get more useful widgets, like these.

You can improve your workflow by making use of the Windows 11 snapping windows took. Create layouts by snapping your tabs to the corners or sides of your screen. Being able to see and use multiple tabs at one time is a much cleaner approach, as opposed to constantly swapping between tabs.

The new desktop on Windows 11 is spectacular. They have created an effect that tries to mimic glass. You’ll find transparency on specific elements, a background blue, soft rounded corners, and drop shadows. All these elements come together to create a smooth and satisfying customer experience.

You can easily access Microsoft Teams with the click of the taskbar. Microsoft Teams has become an integral part of many people’s workdays and social lives, thanks to the pandemic, and this update shows it’s here to stay. Texting, video-chatting, sending voice notes, and making calls with your friends, colleagues, and contacts are only one click away.

As many of you will know, Cortana is the Microsoft version of Amazon’s Alexa and Google’s Assistant. A con for many is that Cortana is no longer a part of Microsoft’s OS. That being said, if you can’t live without it, it is possible to download Cortana for Windows 11 using an app.

If you’re looking for an excuse to upgrade your laptop and invest in a new one, here it is. Unfortunately, Windows 11 won’t be able to run on older PCs. If your CPU is older than Intel’s 7th generation Core, then it’s likely the software won’t run for you. However, this is pretty much a given – as technology constantly moves forward, old designs and operating systems become obsolete all the time.

If you’re convinced and hoping to make the switch to Windows 11, consider investing in the Lenovo Ideapad 3 Series, with Unwavering AMD Ryzen™ 5000 series processors, 17” FHD IPS display, and up to 10 hours of battery life.