Waze vs. Google Maps: Which One Is Better Overall? 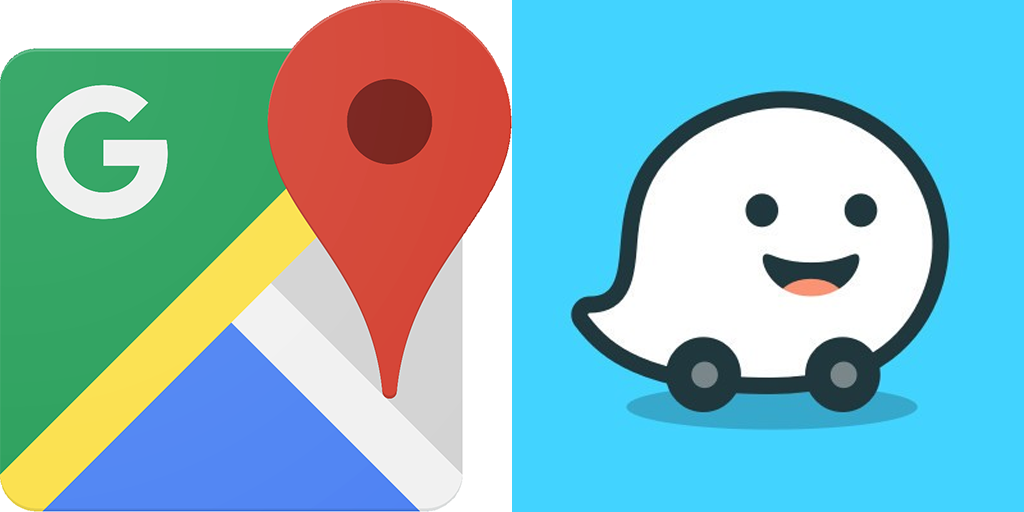 Google Maps along with Waze are among the most popular navigation apps. They are quite similar, perhaps due to the fact that they’re both controlled by Google. Yet, despite their similarities, there are some significant distinctions between them that will aid you in deciding which navigation app is the best for you.

We’ll go over the major distinctions between Waze and. Google Maps, in addition to the areas where each is superior. After reading this article, it will be easy to be aware of which navigation application best suits your driving needs and preferences.

What Are Waze and Google Maps Available On?

The two apps Google Maps and Waze are accessible on Android as well as iOS. Both are accessible using Apple Car Play and Android Auto. So, whatever your vehicle or device you’ll be able to make use of either. 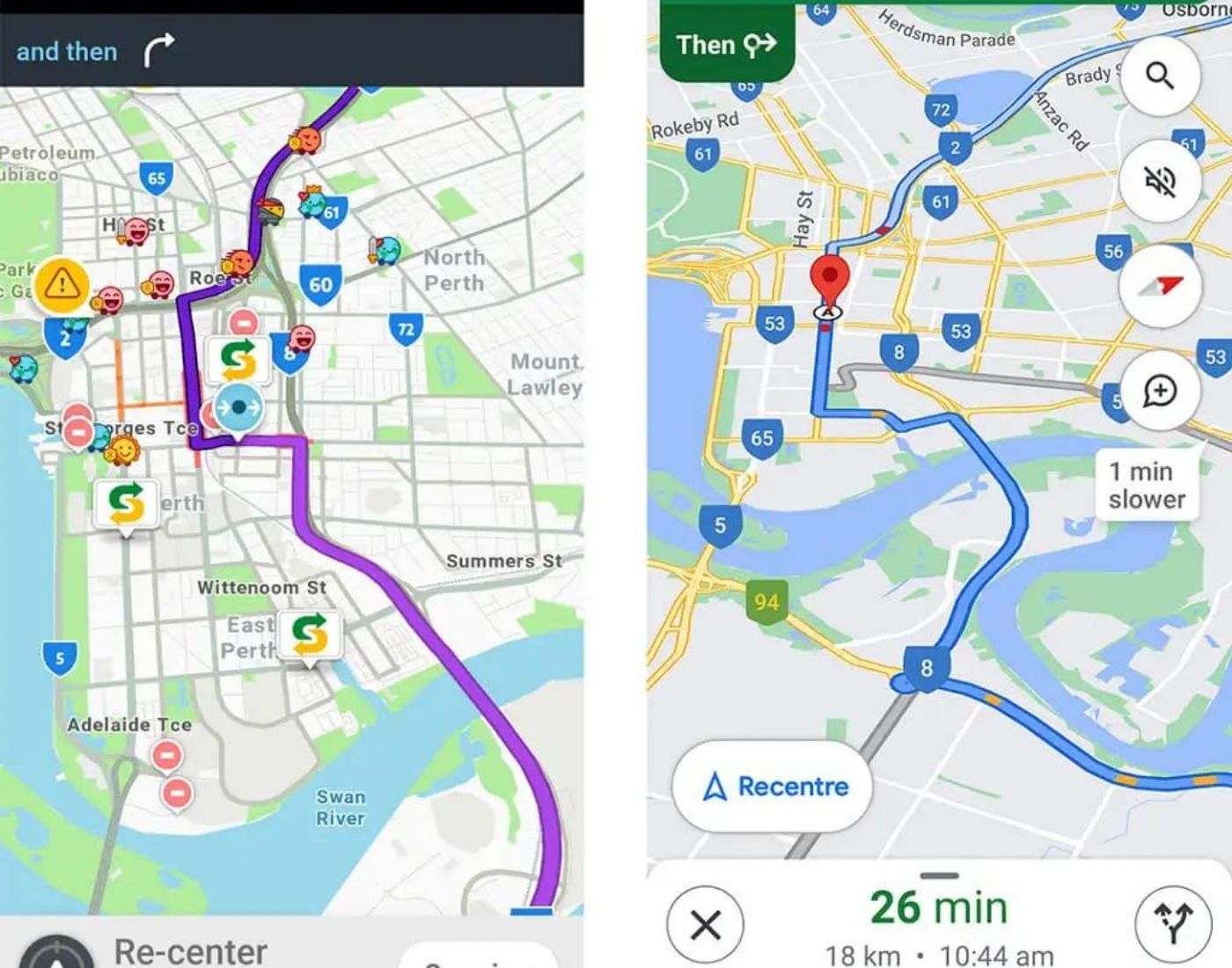 Google Maps and Waze are also accessible via the browser to plot routes and transmit these routes directly to your mobile phone.

How Do Waze and Google Maps Plan Your Route?

Google Maps and Waze are both trustworthy navigation apps and can quickly get you to where you want to go. However, they operate in different ways and these variations can affect the route you take. Which one you prefer over the other depends on the style of driving you to prefer.

Google Maps has several options to alter the route it shows you. It will by default provide you with the fastest route and change the route only in cases where the traffic is extremely difficult or if dangers stop the way. However, it’s quite customizable, with settings that allow you to include conditions like avoiding tolls and highways.

You can also configure Google Maps to take you on the most efficient route for fuel. Based on information taken from the National Renewable Energy Laboratory, Google Maps can calculate your fuel efficiency using local averages and allow you to improve your carbon footprint as a driver.

However, Waze appears to be more concerned about ETA. Users of Waze have noted that it’s much more aggressive in its efforts to avoid traffic. In most cases, Waze sends you through routes that aren’t paved as well as “weird” routes to avoid long-running traffic and focuses specifically on ETA over all other aspects.

Maybe because of this, Waze has a variety of customizable settings, including the ability to steer clear of roads that are not paved or complicated intersections. This could be extremely helpful in the case of your specific location since Waze is known for telling users to follow interesting routes.

Be aware, however, that in the event of little or no data Both apps are likely to follow exactly the same route.

If you’re taking walking, public transportation, or riding a bike, Google Maps is your best option among the two.

Google Maps has a complete range of timetables for public transport as well as maps for a variety of countries. It is also able to mix transport types in a seamless manner. If you’re required to take the bus to work, but there’s a bit of walking between the services, that’s not an issue in the least.

More impressively, Google Maps is able to provide information on bicycle and e-scooter rentals as well as some ride-sharing companies according to the place of residence.

Contrary to that, Waze only offers support for three types of vehicles including taxis, private cars, and motorcycles. In regards to adaptability, Google Maps is the most obvious winner.

Google Maps and Waze have very different interfaces and styles. The differences between them reflect their differing objectives They serve different purposes. Waze is created to help you get to your destination as quickly as it is possible while driving however, Google Maps is designed to accomplish more than that.

Google Maps has the look like the traditional GPS. It has the appearance of a 2D simple view of the map, a satellite view or views of terrain, and all can be tailored to include different map information. However, Waze is much more simple and a little cartoonish.

Maps in both apps present information in a similar way. When you increase the zoom, more information is displayed (like streets, location names as well as smaller roads). Both apps show the Compass and can show speedometers.

Furthermore In addition, both Google Maps and Waze are identical when it comes to navigation. Both limit the information displayed on the screen and display where you are, your traffic information as well as speed limits and road dangers. It is interesting to note that the default setting of Waze will also display other Waze users in emoticons. This is a charming feature however it is a bit unneeded.

Waze Vs Google Maps: Which Has Worse Advertising?

Google Maps and Waze display ads and paid content on the app. The difference lies in the way they display them.

Google Maps displays a few banner ads that aren’t very interesting which are typically displayed when you type in and click on a specific location. Additionally, it offers premium “Promoted Pins” (which display the logo of the business) along with other options to make businesses more prominently displayed in the app, like custom business pages.

The advertisements on Waze are typically more aggressive. They are displayed as big banners once you’ve stopped driving and then fade away once you begin moving. They are based on the location which means you’ll get content from local companies.

Some users are unhappy that Waze advertisements are displayed while driving, and they must remove them to view the next road ahead, which can be distracting and intrude on the driver. It’s important to recognize that this is a glitch and isn’t the norm for all users.

Is Google Maps or Waze Better At Finding Locations?

The two Google Maps and Waze are equally proficient in finding what you’re searching for by using their search function. Both show nearby places of a particular type however Waze offers fewer choices and only displays the locations when you request. Google Maps has all nearby locations continuously displayed and offers many more categories to pick among, which makes it much easier to locate the information you’re seeking.

Waze is a popular alternative, and with its more minimalist design, typically offers less information on local businesses and locations than Google Maps. If you choose a location such as the local Mcdonald’s or a Mcdonald’s in your area – Google Maps will provide you with details about opening hours the address, website, phone number reviews the number of people who frequent it, and much more. However, Waze often only shows only a brief description of the company or a website address or none even.

Google Maps and Waze both offer offline GPS features However, Google Maps has more functionality than this and allows users to download entire areas onto their phone.

Google Maps and Waze display traffic in a similar manner. Both show a red and yellow line based on the volume of traffic. Both provide alternative routes in the event that traffic is very heavy (though Waze will do this quicker than Google). Both show the same information, which includes roads, accidents, road conditions, and speed cameras. The majority of this information comes from user reviews, specifically for Waze.

When it comes to showing the dangers and other road situations, Waze seems to be the best. The Waze app displays the dangers clearly and easily-to-read icons. This is very helpful in planning your route (and avoiding the speed camera).

So, Which Is Better: Waze or Google Maps?

Whatever among these navigation applications you pick it will get you between A and B. The difference is largely based on your preference.

If you’re trying to reach your destination fast as you can and only have motorbikes or a vehicle? Use Waze. If you’re looking for more information about the location, use the bus, and don’t be able to endure a few more minutes of traffic? Use Google Maps. If you’re not a fan of it, check out some alternatives!

Which would you choose? Tell us in the comments below.