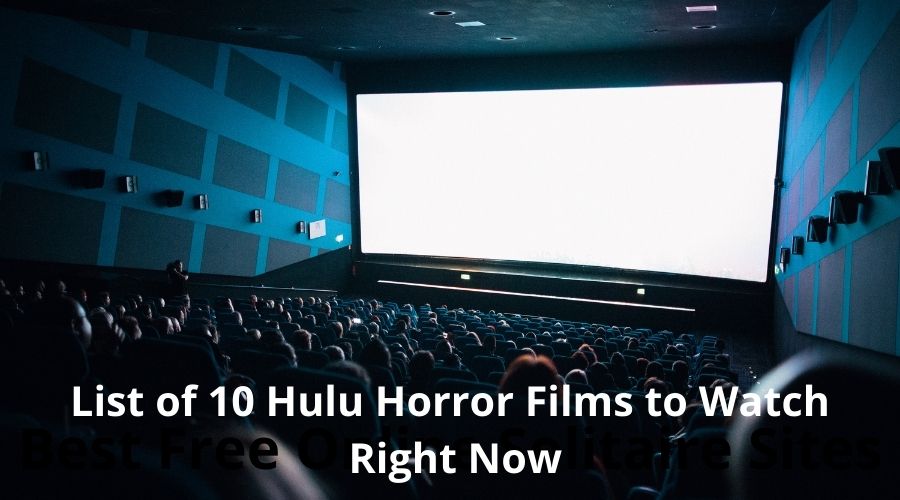 Do you feel the need for a little terror? You might just need to feel a little scared. Hulu has a lot to offer horror fans, including some excellent titles and a wide selection.

Here’s a list of top horror movies that you can stream on Hulu if you are new to the service.

1. The House That Jack Built

Matt Dillon plays the role of Jack in The House That Jack Built, a gorefest that chronicles the life and work of a serial killer. As Jack recounts his murders and muses, the movie shows how he slowly descends into madness.

This film attempts to examine a small part of human psychology. It also provides metaphors for how we as a society interact with violence. The film also takes a deep look into the mind and emotions of a madman.

Two friends Zach and Josh become paranoid after an accident killing results in them spiraling into paranoia.

There are many twists in this movie, and you’ll slowly figure out what’s going on with the main character. You will feel the same fear as the characters about keeping a secret.

Thirteen years ago Clarksville was victim to the Clovehitch Killer. He killed ten women and then disappeared. Tyler, a young boy, discovers disturbing items belonging to his father and suspects him in these murders.

The Clovehitch Killer is an enthralling horror thriller with many twists and turns. It is loosely inspired by the true story of Dennis Rader (the BTK Strangler), who was a serial killer.

This movie is perfect for horror fans who love scary, supernatural movies.

Natalie Portman was nominated for an Oscar for her role as Nina, a ballerina who is obsessed with her work. As competition increases, Portman tries to be the leading role in Swan Lake’s productions. But her obsessive dark side takes over.

Black Swan is a vivid portrayal of Nina’s character. She is overcome by her ambitions, the need for perfection, and the lengths that she will go to achieve this goal.

Train to Busan is a great zombie movie, even for those not usually a fan. A man and his little girl become trapped aboard a train after a wave of zombies starts to spread in South Korea.

Train to Busan will keep you hooked from the first moment you start watching it.

7. Children of the Corn

Stephen King, the horror king, is a classic choice for classic horror movies. The movie is based on one of King’s popular books. It has a huge cult following. It’s a scary movie with 80’s horror vibes, even though critics aren’t too fond of it.

Two adults stumble upon a midwest town made entirely up of children. They all follow one leader. The two adults discover that there is more to the story than meets the eye.

The Blair Witch Project revolutionized horror filmmaking and helped to popularize found-footage. The story begins with a group of filmmakers who are looking for a documentary on the Blair Witch. But as they explore the woods, it soon becomes clear that they have more to offer than they expected.

This movie is unique for its innovation. This movie will not bore you. You can also watch a few sequels if you liked it.

This film is set in Sweden and features both creepy-kid horror movies and vampire movies. Oskar, a bullied boy, forms a friendship with Eli, a young girl. When it is discovered that Eli has a disturbing connection to the local murders, it becomes clear that Eli is not like other children.

This original horror film is well-done and is worth the effort. It is less scary than it is frightening, but is still captivating and worth a look.

The story takes place in a small village in South Korea, where a Japanese visitor arrives to stay. Soon after his arrival, strange occurrences occur. Villagers become sick and begin murdering their families.

The Wailing is a film that combines horror elements with an endlessly frightening ending. The film draws on mythology, occultism, and the supernatural to make the nearly two-hour duration seem insignificant.

Horror movies are an excellent choice for movie night. The ones listed above should be added to your watchlist soon.

We’d love to hear about your favorite horror movies that you’ve seen on Hulu.