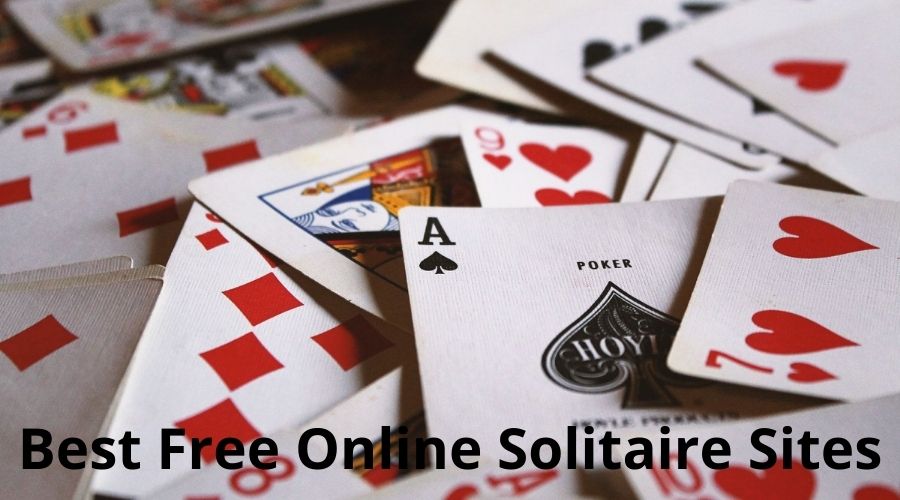 Solitaire was the first PC game to be popularized. It has been a great way to pass the time at work and home since its introduction with Windows in 1990. However, the card game is not new. It has roots that go back to 1800.

You can still play Solitaire with Windows. However, the Microsoft version is a bit clunky. You can find old-school Solitaire on hundreds of online Solitaire sites that you can play.

Here are seven solitaire online games that you can play if you don’t know which one to choose.

Solitr is a free and easy online Solitaire game. You can play both the Spider Solitaire and original Solitaire versions from this site in your browser. This site has been entertaining casual Solitaire players for many years.

You can personalize the game to turn only one or three cards at a time, and to show a score to evaluate your performance. Although customization is limited, it may be a good fit for your preferred gameplay.

It is easy to use and the interface is simple. If you have any difficulties, you can switch to playing Sudoku or Mahjong on the site.

The World of Solitaire interface may be a bit outdated, but that shouldn’t stop you from enjoying this powerful Solitaire experience. It offers the kind of customization that you won’t find in other online Solitaire games.

There are over 125 Solitaire variations available here. An A-Z game listing covers standard Solitaire and Spider Solitaire as well as more unusual options such as Citadel and Yukon.

You can also register on the site to view your Solitaire performance and statistics, change the background and card deck themes, switch between languages, and enable or disable different animations.

Developers who are looking to make millions off Solitaire games will likely be disappointed. But FRVR is a rare beast. They’ve built a multimillion-dollar company with simple, playable HTML5 games, and Solitaire FRVR was one of them.

SolitaireFRVR may look simple to the casual observer, but it is not different from other Solitaire clones. This game’s green deck table and simple cards hide an optimized game engine, as well as a variety of customization options.

This is the online Solitaire game that you can play for free. You can also try Klondike Solitaire, FRVR.

You’re likely to have visited cardgames.io if you are a card game enthusiast. There are many card games on the site, such as Crazy Eights and Go Fish, but it is the free online Solitaire games that will appeal to Solitaire enthusiasts.

You can find both the Solitaire and Spider Solitaire variations at cardgames.io. There are also variants like Kings in the Corner or Yukon. Although the site interface is somewhat outdated, the games are easy to learn and quick to play.

You can access the rules if you don’t have them. There are also options to customize your gaming experience with different themes and adjustable game speeds.

Solitaire is a new type of Solitaire card game. There are 546 variations of this classic game, including Spider, FreeCell, and Spider.

All game variations have the Solitaire interface. The timers and counters are located at the top, and your deck is below. You can switch between one- and three-card flips quickly or pause the timer if you need to take a break.

Register to save your game for later if you have to move. You can access your account from any device. It will also allow you to resume the game at any time.

Although the 247 Solitaire game experience is best for mobile, it is also perfectly playable on your desktop browser. Although it doesn’t offer as many variants as Solitaire, it does have some of the most popular, including Klondike and Freecell, along with its 247 Freecell namesake.

The deck is white, and the cards are green. This Solitaire game doesn’t try to be more than a quick, simple Solitaire game. So don’t expect customization. You’d expect the gameplay to be similar, but the interface was clearly designed with mobile devices in your mind.

Although there are not many customization options, you can still undo your last move and use sound effects to reset your game. You can also view your past gameplay statistics, including your win rate and loss rates.

Developers will always follow gamers wherever they go. Google introduced its Solitaire game to the mix in an effort to compete with online Solitaire clones. It is free and available for all Google search users.

You can choose between an easy or difficult mode depending on your preference for a more challenging experience. It has sound effects, count for moves and game scores, as well a gameplay timer.

Although customization is not possible, it’s still a useful feature. Google Solitaire is designed to satisfy your card-game cravings immediately. For many users, it will be the first and only Solitaire Online game they’ll ever play.

You might enjoy casual gaming by playing online solitaire. There are many other browser games, but you might prefer to start on Steam if you want a more intense gaming experience. However, you will require a gaming computer capable of playing your favorite games.

If this sounds too costly, you can stick with the free online games instead. These include a variety of hidden and free games which don’t require additional downloads.